All of these people decided to volunteer overseas expecting challenges, adventure and to make a difference. On top of all that, they found each other – proof that love can find you where you least expect it. 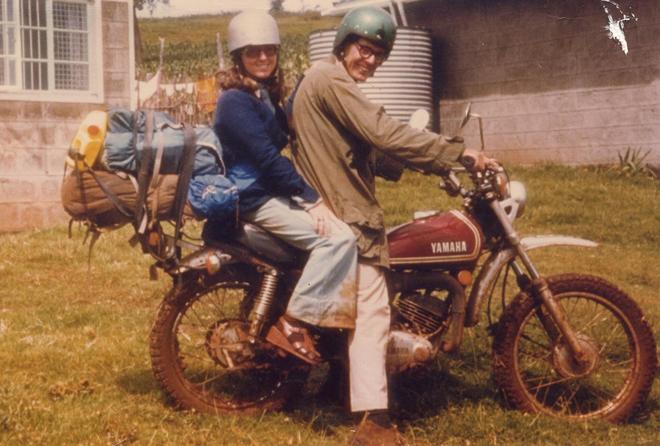 Sally and Jim met on the other side of the world, volunteering with VSO in Kenya.

Jim was working as a head teacher of a Quaker school for five years from 1973. He met Sally, when she joined the school as a volunteer, and he became her boss and neighbour.

Jim and Sally became friends but maintained a professional working relationship, despite developing feelings for each other. When Sally’s volunteer placement was reaching its end, Jim was one of the reasons she extended it.

The two grew closer and after a year, they fell in love, but they still were reluctant to get into a relationship in Kenya. However, when they returned to the UK in 1978, it soon became clear they were right for each other! 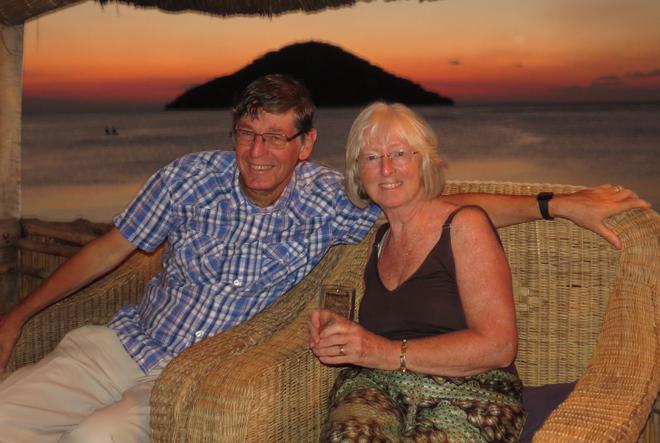 Two years later the Attwoods were married, with another VSO volunteer doing the honours as Jim’s best man, and their local colleagues in Kenya sending them a cassette of special celebration songs.

They had two children but never lost their passion for international development, going on to work in education in both Papua New Guinea and Brunei.

Now in their 60s, Jim and Sally still love volunteering. The two spent 2014-15 in Malawi where Jim took on a new VSO mission at the Ministry of Health on IT. Now they’re settling back into life in the UK again – but we know that whatever they get up to next they’ll do it together. 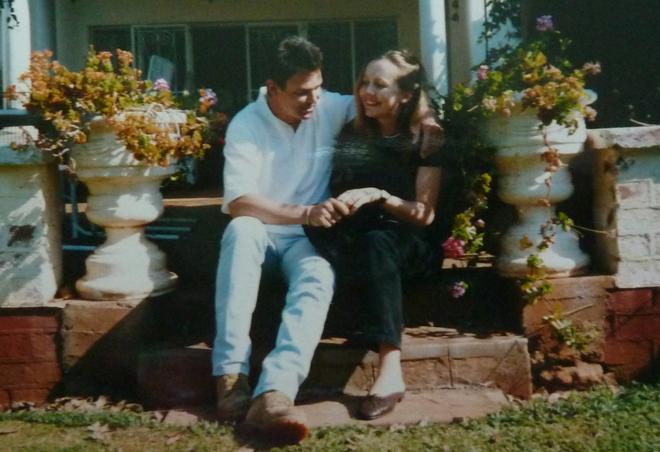 Vegetarian VSO volunteer, Sarah, fell in love with tour guide, Nick, on safari in Zimbabwe, but his love for meat didn’t deter her. They’ve gone on to set up their own successful biltong business (but Sarah’s still a vegetarian!)

Sarah began volunteering with VSO in Zimbabwe in 1997 when she was 27 years old, determined to put her textiles expertise to use for a good cause.

She spent two and half years working at Phangani Training Centre, Filabusi in southern Zimbabwe, teaching young women how to make clothes to a professional standard, a time she now recalls the ‘most rewarding and happiest’ in her life.

Sarah was volunteering in safari paradise, and it was on a short lion-watching holiday in Matusadona National Park that she met Nick -her husband to be. He was her incredibly knowledgeable and professional Safari guide who could spot game way before anyone else. 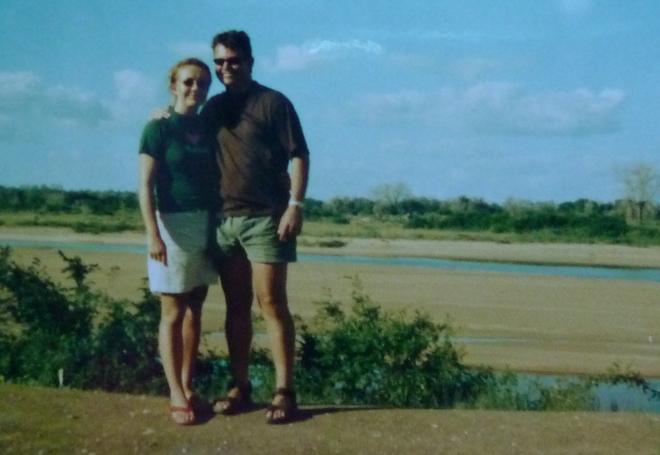 On a final safari holiday at the end of her volunteer placement she asked to go on Nick’s drives every day. On the last night, they stayed up chatting as the full moon rose over Lake Kariba and hippos came out to munch on the lawns. By the end of the holiday, they had both confessed their true feelings to each other.

One year of letters later, in August 2000, she returned to Zimbabwe and was swept off her feet. 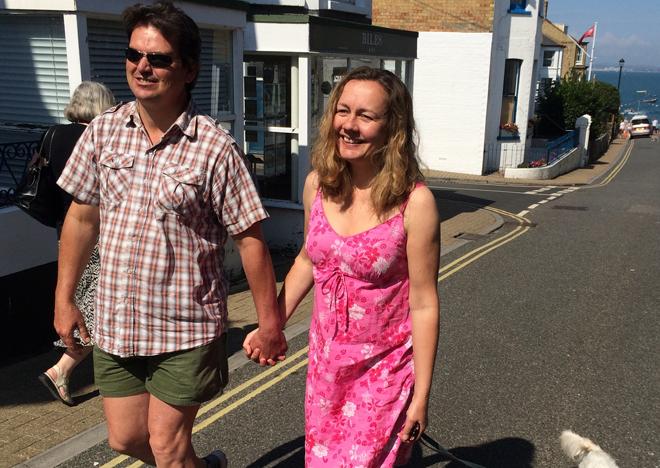 Nick and Sarah got married in 2002 in the UK and immediately got a job together running Luambe National Park in Zambia. They stayed working in amazing Safari areas for eight years before returning to the UK in 2010, where they moved to the Isle of Wight and set up a small business together making Nick’s favourite snack, biltong. Sarah’s still a vegetarian so it must be love. 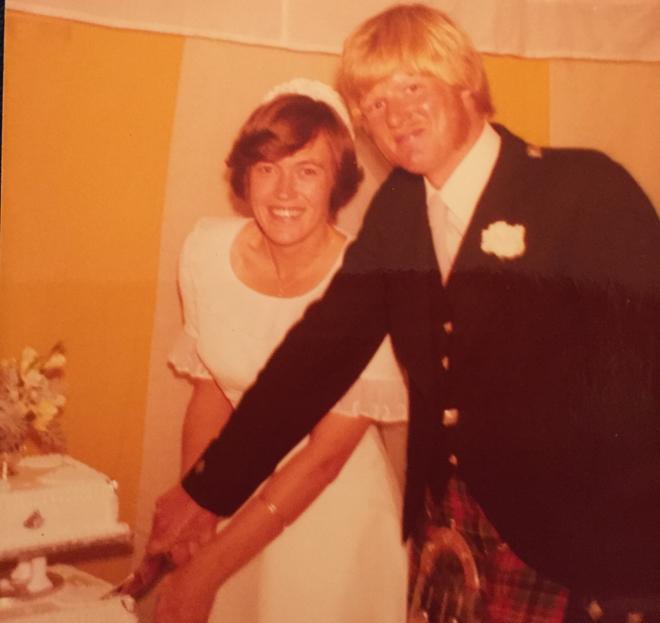 Today, Jim and Sally live happily in green and peaceful Chinnor, Oxfordshire – but the setting for their first meeting was rather more exotic.

Both were working on VSO projects in Zambia nearly 300 miles apart, she as a nurse with the Flying Doctors in Ndola vaccinating up to 400 people a day, he using his agricultural background working with a co-operative in Chizera.

Their paths crossed by chance at a Christmas social in 1973 – and sparks flew! But kindling them wasn’t easy. 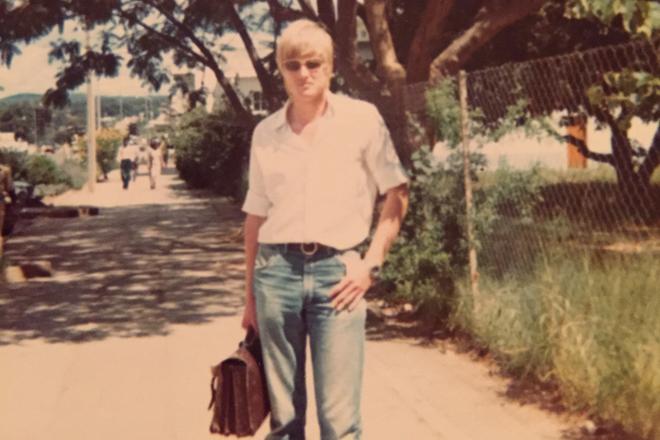 Jim and Sally didn’t have telephones and when they did speak over radio, Sally found it hard to understand Jim's Scottish accent.

Instead, they would communicate by writing letters, which would take weeks to arrive. Sometimes Jim would even make the 4+ hour journey to visit his beau.

In 1975 they decided to tie the knot. They would have done so in Zambia but their local colleagues said that despite being adults, they should seek their respective parents’ permission in the UK. 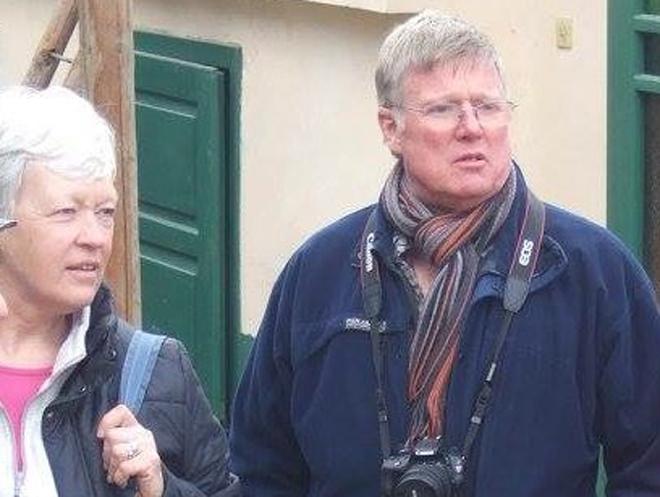 The newlyweds returned to Zambia where in 1976 their first daughter Clare was delivered - by two VSO nurses. By the time little sister Juliet arrived three years later they were back in the UK, where they remain to this day.

Jim and Sally still have big hearts and have established a social enterprise in Romania. They recently celebrated their Ruby wedding anniversary.

We're currently recruiting volunteers of all ages to work on projects fighting poverty. Find out about volunteering overseas with VSO.